This exceptional international accordion duo established in 2011 by Alena Budziňáková and Grzegorz Palus – artists united by a common passion and willingness to promote classical accordion music. Their activity expresses a symbiosis of a common understanding of the world and music, enriched by the personality traits of each of the musicians – outstanding representatives of Polish and Slovakian accordion art. The quality and reputation of the ensemble is evidenced by the musicians’ excellent international education and the sum of individual experiences of each of them. The combination of two perfectly mastered types of contemporary concert accordion, i.e. a keyboard and a button instrument, also turns out to be an added value. This contributed to the development of the duo’s unique style, which is currently one of the leading accordion chamber music formations in the world.

duoAccosphere has nearly two hundred concerts in Poland and abroad under its belt (Austria, Bosnia and Herzegovina, China, Czechia, Denmark, Germany, Lithuania, Slovakia, Ukraine). The artists have performed on such stages as the Berlin Philharmonic Chamber Music Hall, Konzerthaus Detmold, Radio WDR3 in Cologne, Tonhalle Düsseldorf, the Odessa Philharmonic, the Karol Szymanowski Philharmonic in Cracow, the Oskar Kolberg Philharmonic in Kielce, the Krzysztof Penderecki European Centre for Music in Lusławice or the National Centre for the Performing Arts in Beijing. On a regular basis, the ensemble also performs at accordion, baroque, chamber and contemporary music festivals. The duo has won prizes in national and international competitions, e.g. first prizes at accordion festivals in Pula (Croatia, 2012), Sanok (2012), Mława (2012) and Chełm (2011).

Alena Budziňáková and Grzegorz Palus move with ease and virtuosity in a very diverse, cross-sectional repertoire. They successfully and enthusiastically perform early music, original transcriptions of Romantic and 20th-century forms as well as world premieres of experimental contemporary works. All the above repertoire areas are reflected in the ensemble’s albums published by DUX, Sarton Records and Chopin University Press. In addition, the ensemble has made numerous radio recordings, including for regional branches of Polskie Radio and the German radio station WDR3.  In 2022, the musicians were awarded the Golden Diploma in the International Competition “Muzyczne Orły” for the album with double concertos by Johann Sebastian Bach, recorded together with the string quintet of the Capella Cracoviensis orchestra.

On the initiative of the duo and in co-operation with musicians of other specialties, new chamber projects have been created, implemented with, among others, organist Wacław Golonka, the Airis String Quartet, the Krakowskie Trio Stroikowe [Cracow Reed Trio], the LLLeggiero Woodwind Trio and the string quintet of the Capella Cracoviensis early music orchestra. Performances with orchestra occupy a special place in the musicians’ activity, e.g. with the Cracow Philharmonic Orchestra (2014), the PhilHARMONIKA PANtonale Festival Orchestra in the Berlin Philharmonic Chamber Music Hall (2018) and the Przemyśl Chamber Orchestra (2018). They inspired the first Polish concerto for accordion duo and string orchestra by Anna Sowa. In addition, chamber works for duoAccosphere have been composed by such artists as Miłosz Bembinow, Sven-Ingo Koch, Katarzyna Krzewińska, Peter Machajdík, Kira Maidenberg-Todorova, Grzegorz Majka, Volodymyr Runchak, Renāte Stivriņa, Wojciech Widłak, Tyler Versluis, Maciej Zimka and Wojciech Ziemowit Zych. 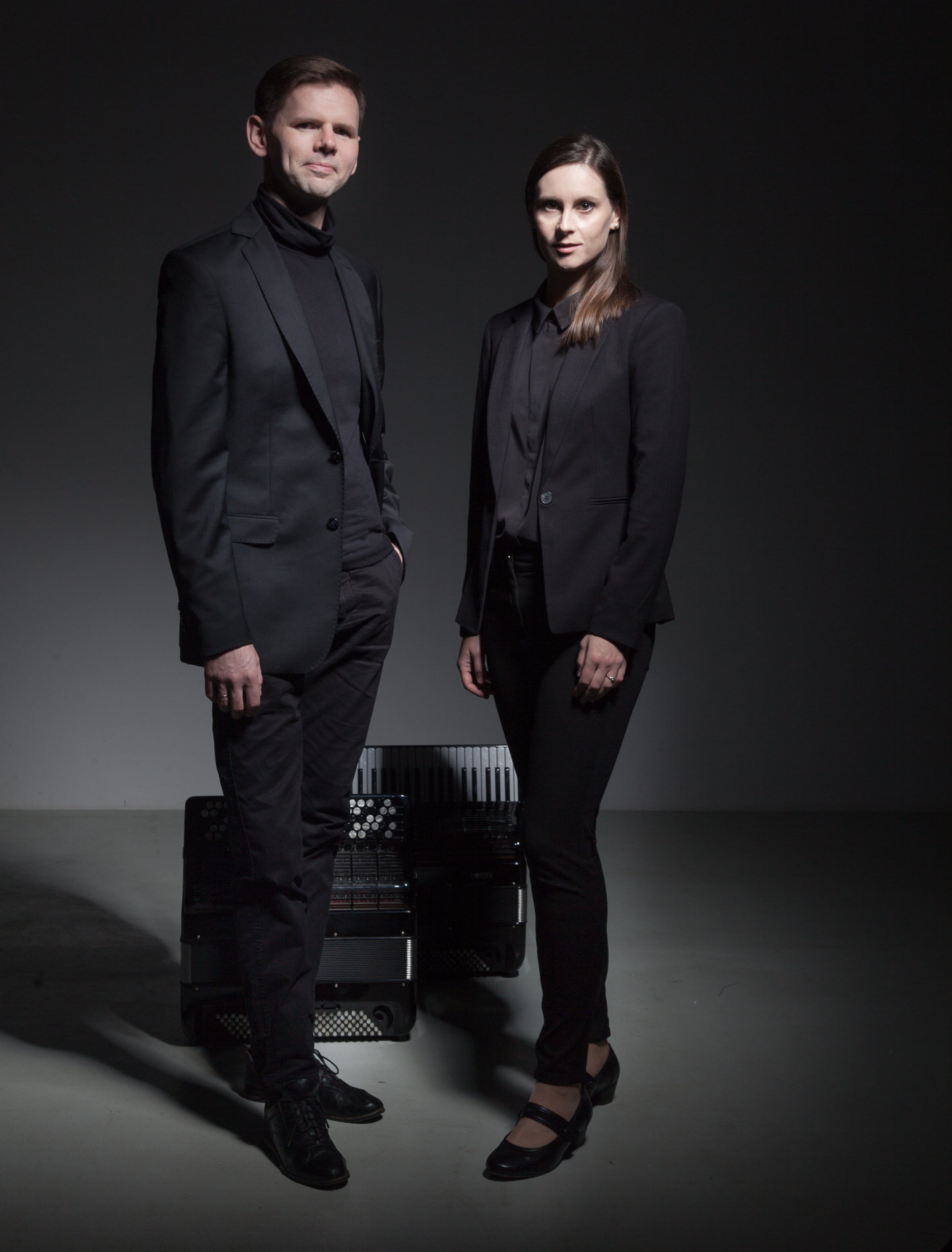 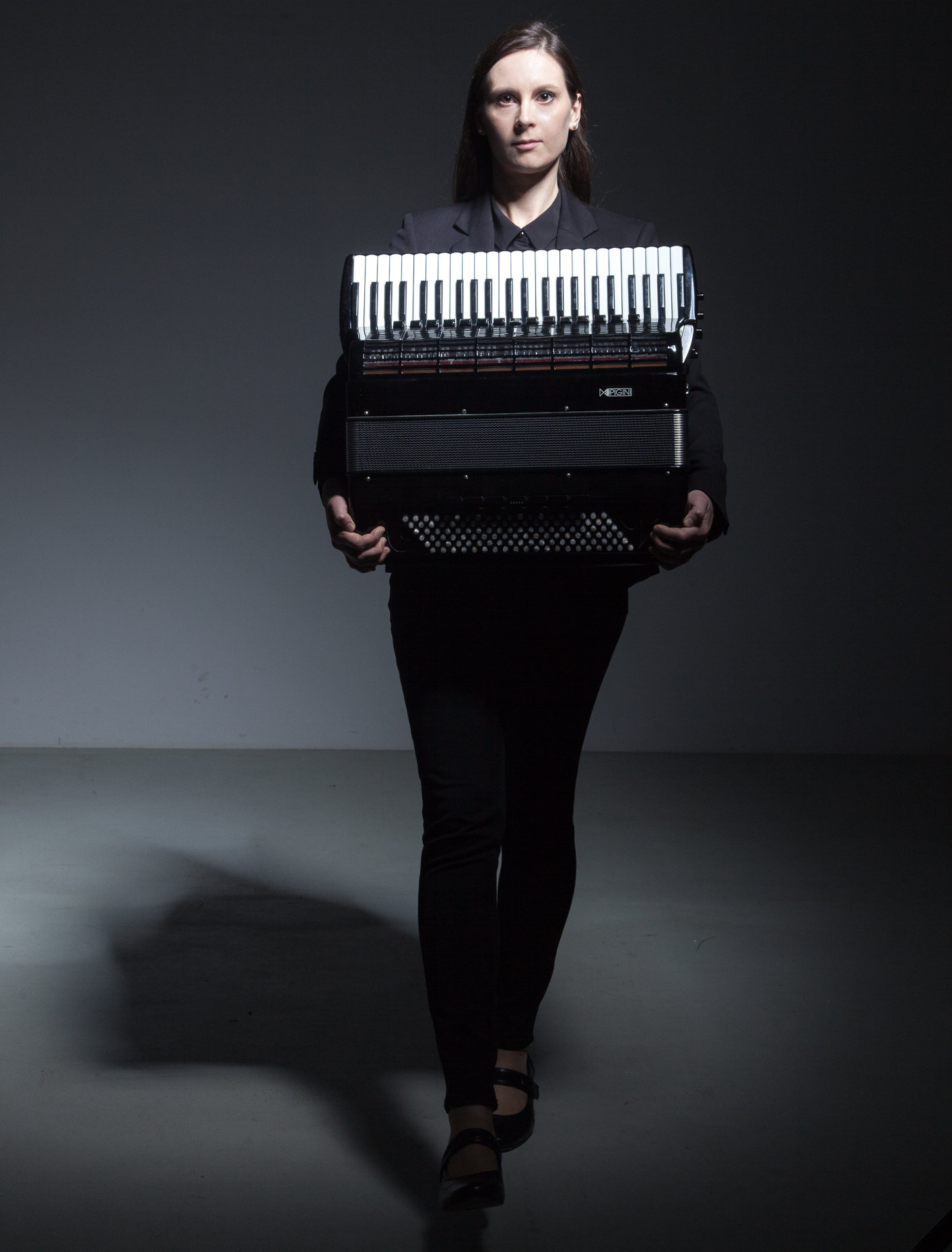 Alena Budziňáková comes from Slovakia. She is one of the leaders of the accordion domain in her home country. Since 2009 she has permanently lived and worked in Poland, boldly breaking the stereotypes related to the origins of the accordion music and the instrument’s performance potential. She is equally successful as a solo and chamber musician, she also performs to the orchestral accompaniment. Alena did her studies at the Conservatory of Kosice (Slovakia), Academy of Music in Kraków, Wien Privatuniversitat Conservatory (Austria), and Hochschule für Musik Detmold (Germany), from where she graduated with honours from the class of Prof. Grzegorz Stopa and was awarded the Konzertexamen diploma.

She lives an active international concert life, giving performances both in Poland and Slovakia, and in many other countries, such as Austria, Bosnia and Herzegovina, Belgium, Czech Republic, China, Denmark, Finland, Germany, Hungary, Italy, Lithuania, and Luxembourg. In her renditions she combines emotional charm and sensitivity with temperamental and vigorous energy. Owing to her broad horizons of artistic classical music performance, Alena’s repertoire is cross-cut and includes pieces ranging from the Baroque and up to contemporary times. Alena was a laureate at many international music competitions. She won e.g. the first prize in Pula (Croatia, 2012), Poprad (Slovakia, 2010) and Dunajska Streda (Slovakia, 2010).

In 2019, together with Nordwestdeutsche Philharmonie and playing the solo part she gave the first performance of the concerto dedicated to her, written by Peter Machajdik, one of the most outstanding Slovakian composers. She also gave concerts with the Kraków Philharmonic Orchestra, Przemyśl Chamber Orchestra, and the ‘PANtonale PhilHARMONIKA’ Festival Orchestra at the Berlin Philharmonic Hall, and played at the Odessa Philharmonic Theatre, Philharmonic Hall in Kosice, Konzerthaus Detmold, Krzysztof Penderecki European Centre for Music in Lusławice, in Tonhalle Düsseldorf, European Parliament in Brussels, Jesus and Mary Church in Rome, and the National Centre for the Performing Arts in Beijing.

As a member of the critically acclaimed chamber project „Feminine forms” she performed twice at the International Festival of Contemporary Music ‘Warsaw Autumn’ (2020, 2021) and at the Sacrum Profanum Festival in Krakow (2020). Alena is invited to perform at international accordion festivals in e.g. Kiev (Ukraine), Poprad (Slovakia), Przemyśl (Poland), Ugljevik (Bosnia and Herzegovina), and Vilnius (Lithuania), and to sit on juries at accordion competitions.

Grzegorz Palus is one of the most outstanding Polish accordionists of the young generation and Doctor of Musical Art. His activities focus on performing classical music of broad stylistic spectrum, and on teaching on top of it: he is also a teacher of the accordion class at the Fryderyk Chopin University of Music in Warsaw. His distinct artistic style was shaped by his international education and rich experience in performing both solo and chamber music.  He is a graduate of the Academy of Music in Kraków, the Royal Danish Academy of Music in Kopenhagen (Denmark), and Hochschule für Musik Detmold (Germany), being tutored by such outstanding accordionists as Prof. Geir Draugsvoll or Prof. Grzegorz Stopa.

He regularly gives concerts in Poland and abroad (Austria, Bosnia and Herzegovina, China, Denmark, Germany, Italy, Lithuania, Slovakia, Ukraine, USA).  He has played on such stages as: the Karol Szymanowski Philharmonic Hall in Kraków, Philharmonic Hall in Zielona Góra, Odessa Philharmonic Theatre, Chamber Music Hall at the Berlin Philharmonic Hall, Konzerthaus Detmold, Wiener Konzerthaus, General Consulate of the Republic of Poland in New York, Jesuit Millennium Center in Chicago, St. Hedwig’s Cathedral in Berlin, Grand Theatre in Warsaw, Krzysztof Penderecki European Centre for Music in Lusławice, Tonhalle Düsseldorf, Radio WDR3 in Köln, and the National Centre for the Performing Arts in Beijing. Grzegorz has been awarded numerous scholarships by the Minister of Culture, and won scores of awards and distinctions at national and international musical competitions. His major achievements include the Grand Prix at the competition in Poprad (Slovakia, 2007), the 1st prize in Pula (Croatia, 2012), and the Special Prize in Arrasate (Spain, 2010). He is also a laureate of major Polish accordion competitions in professional categories (Czechowice-Dziedzice, Gorlice, Gdańsk, Mława, Przemyśl, and Szczecin). 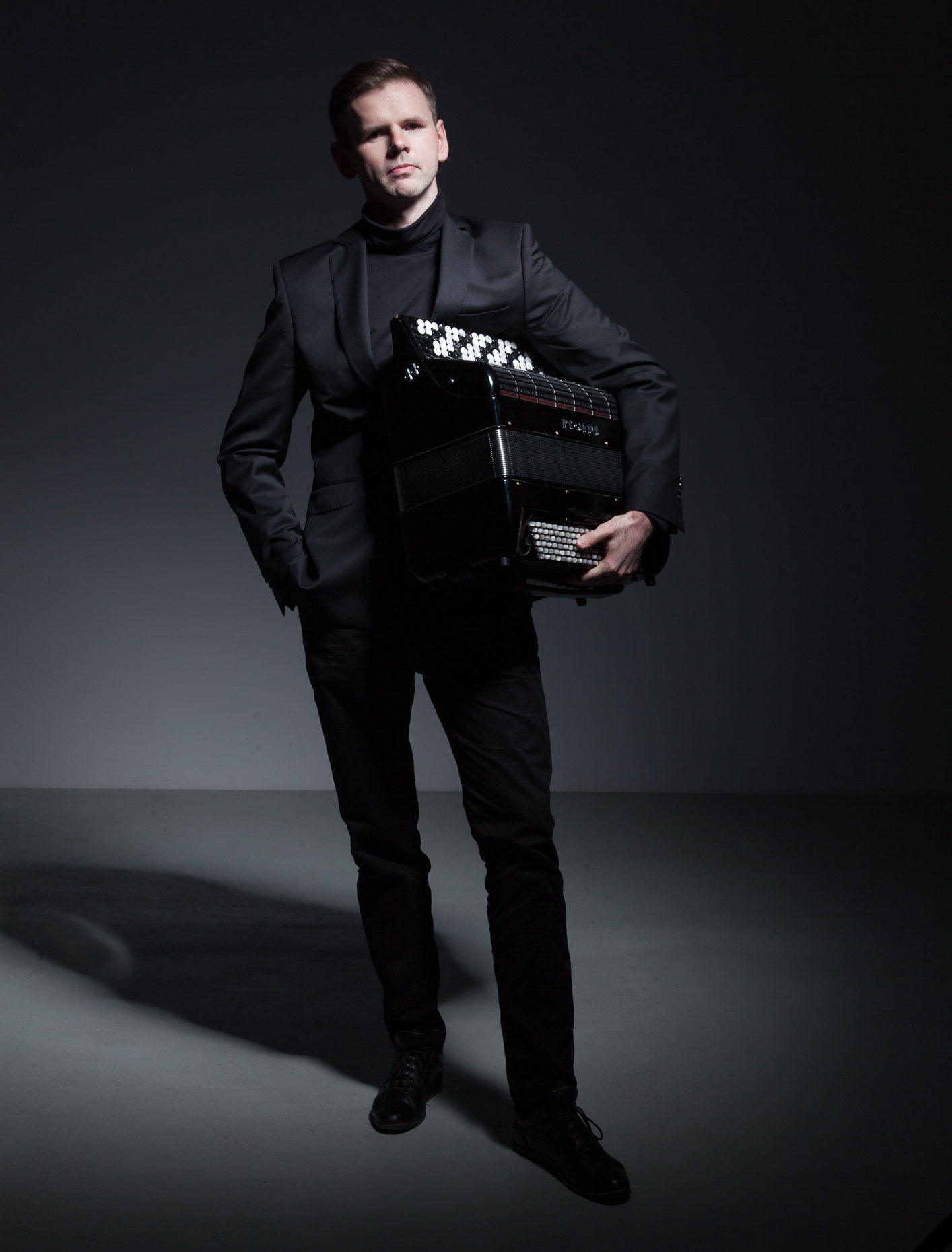